There is a bill going in front of the the Virginia Senate tomorrow…SB604 that will allow VA’s production breweries to sell pints to customers on site. Contact your representative to show support of the bill! … link below:

Dear Craft Beer Enthusiast:
The Virginia Craft Brewers Guild needs your help. As you may know, the Virginia General Assembly is currently in session. What you may not know is that there is a bill, SB604, before the Senate that would greatly benefit many of the craft breweries in Virginia. This bill will be heard in the Senate Rehabilitation and Social Services committee this Friday, February 10th at 8:30am.

SB604 allows a brewery licensee to sell beer at retail at premises described in the brewery license for on-premises consumption and in closed containers for off-premises consumption. In layman’s terms, production breweries would be allowed to sell pints to customers. If passed, you could tour a Virginia brewery and enjoy a pint afterwards, much like how you can enjoy a glass of wine at a Virginia winery. More importantly, this would put us on even footing with some of our neighboring states.

Craft breweries are an emerging manufacturing base in the Commonwealth of Virginia that generate good paying jobs. A tap room at a production brewery would create more jobs and badly needed revenue for the Commonwealth and local municipalities through existing sales and excise taxes. It would also help promote beer tourism.

I would urge you to contact your state Senator TODAY and ask them to support SB604. You can find you legislator by clicking on the following link – http://conview.state.va.us/whosmy.nsf/main?openform

Sunday I brewed up a batch of Rye Stout! 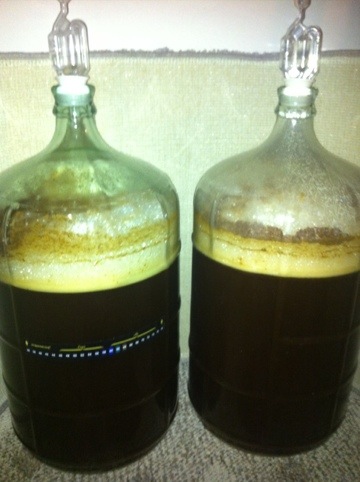 I’ve broken into the Bourbon Barrel over the past couple of weeks and it tastes great… no longer over powering on the oak front.  I’ve been holding off on the Spiced Rum Porter as the first 2 bottles I opened didn’t seem to carbonate very well… so hopefully I’ll crack one open this week and it will be fine 🙂

Another great season of Rugby has ended with Virginia Rugby Football Club as the 2011 undefeated champions of VRU DIII rugby.

This is the 6th straight Virginia Rugby Union DIII title for the VRFC and it’s 5th undefeated season in those six years.

My latest two concoctions are ready to drink technically… Though judging from what I tasted at bottling the bourbon barrel porter needs to mellow out for a couple months probably… Very very oaky…. The spiced rum porter however seems ready to go! Though I’m sure it could do with some bottle aging as well. This stuff is very strong!

Added 1/5 of bourbon and spiced rum to a split 10g batch of porter on wed… I wish I had saved some of the porter on it’s own it was very tasty. 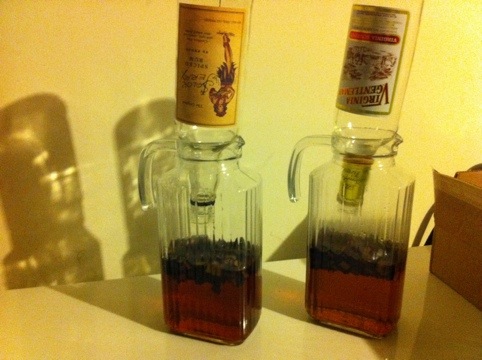 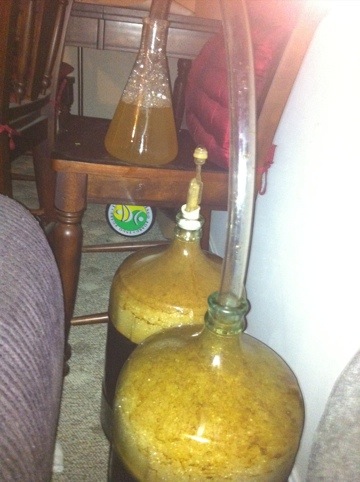 The correct answer to this question is… Both! Since I make 10gallon batches… one carboy will get the bourbon treatment… and the other rum…

The Porter will be from the same 10 gallon Porter I will soon be brewing up.

The variables/contestants in this experiment will most likely be Virginia Gentleman and Sailor Jerry.

Who will be victorious ?!?!

*** My Local Brewers store only has one pack of Scottish Ale yeast… So I got a package of European Ale yeast to try on one of the beers. I am going to make a starter for this beer and realized I only have one 2000 ml glass flask… so I’m going to mix the two yeast strains in the starter.

Ingredients for Bourbon Barrel Beer on the way!

Taking a break to sample my wares

I’ve been taking a break from brewing a bit to drink the beer I made in the first five months that I’ve been brewing… I was running out of room to store it all 🙂 I think I’ll slow it down to every other month or so and start kegging half of my 10 gallon batches.

My new favorite beer is a creation of my own! The XV Pale Ale! I tried one a little early… I couldn’t wait… It had only been a week since bottling! But it was ready! Dry hopped for 15 days… It’s my new favorite! 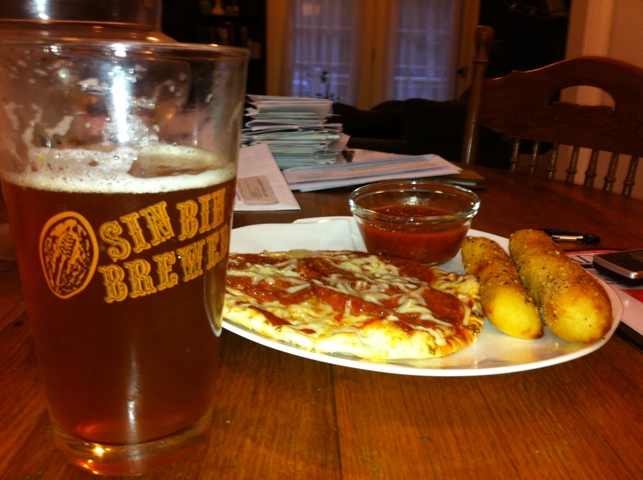